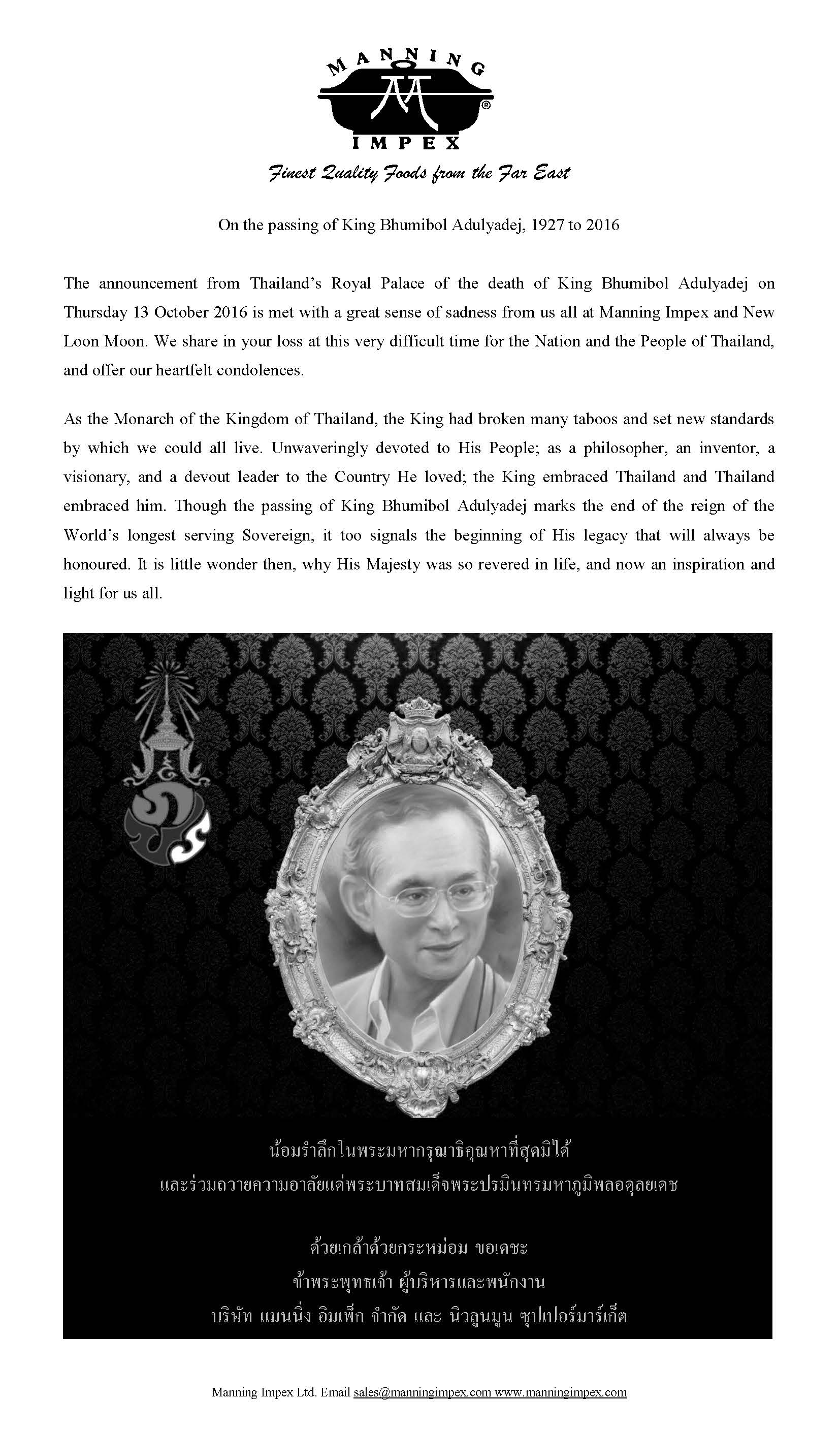 The announcement from Thailand’s Royal Palace of the death of King Bhumibol Adulyadej on Thursday 13 October 2016 is met with a great sense of sadness from us all at Manning Impex and New Loon Moon. We share in your loss at this very difficult time for the Nation and the People of Thailand, and offer our heartfelt condolences.

As the Monarch of the Kingdom of Thailand, the King had broken many taboos and set new standards by which we could all live. Unwaveringly devoted to His People; as a philosopher, an inventor, a visionary, and a devout leader to the Country He loved; the King embraced Thailand and Thailand embraced him. Though the passing of King Bhumibol Adulyadej marks the end of the reign of the World’s longest serving Sovereign, it too signals the beginning of His legacy that will always be honoured. It is little wonder then, why His Majesty was so revered in life, and now an inspiration and light for us all.

Stay up to date on our product releases, general news and special promotions.

Join us and explore the Brand Leaders from more than 45 sole agency companies.

Manning Impex Ltd is proud to support the British Red Cross Disaster fund, Save the Children and Oxfam. Through the combined generosity of Manning Impex Ltd and Business Partner Customers we supported charitable actions for Typhoon Vamco (Typhoon Ulysses) in the Philippines during December 2020. Manning Impex Ltd will continue to aid the vulnerable as part of its Social Improvement Programme.